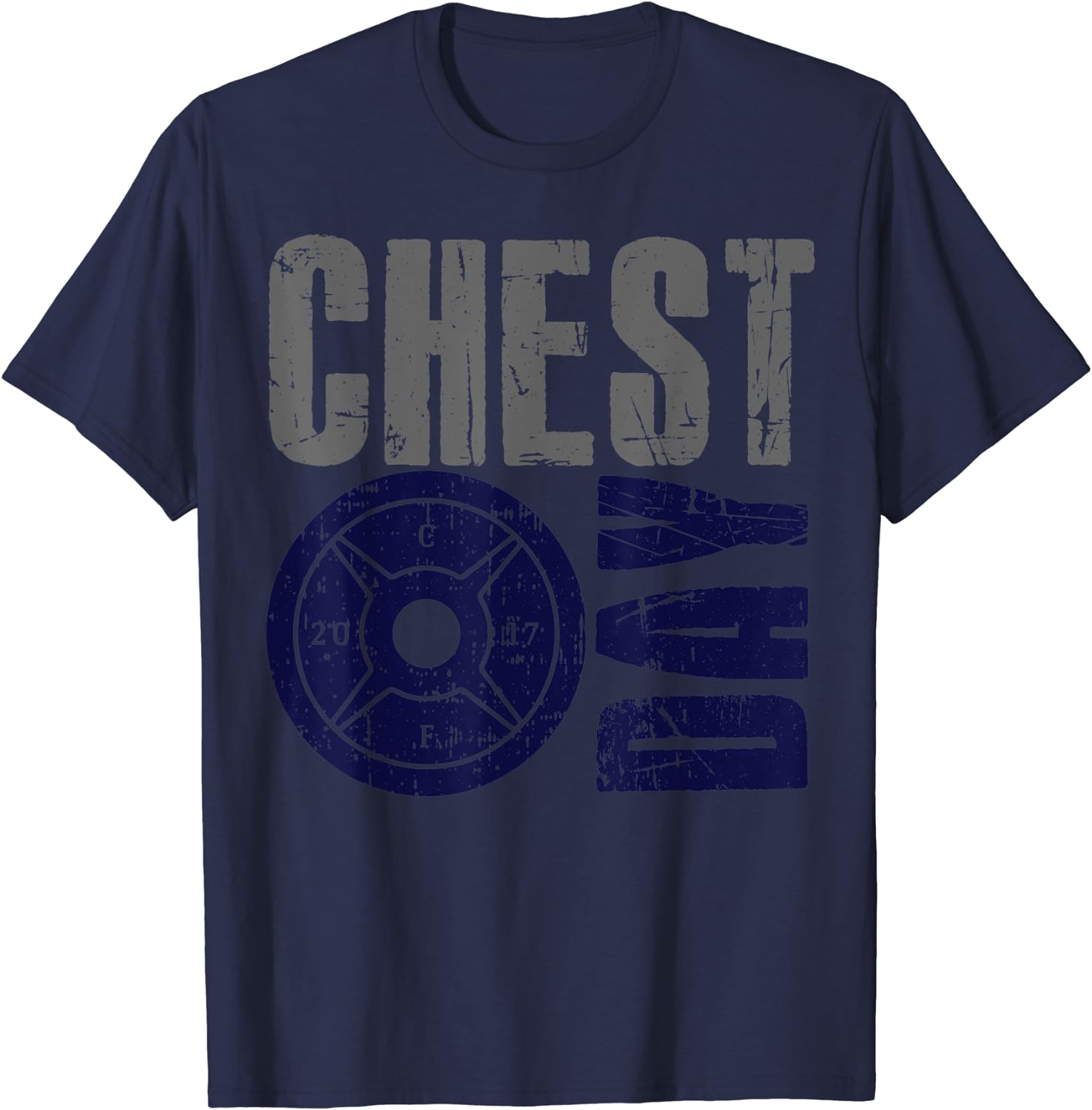 This design says Chest Day with gym weights Makes a great gift for any workout buff who loves building their pecs on chest day at the gym.