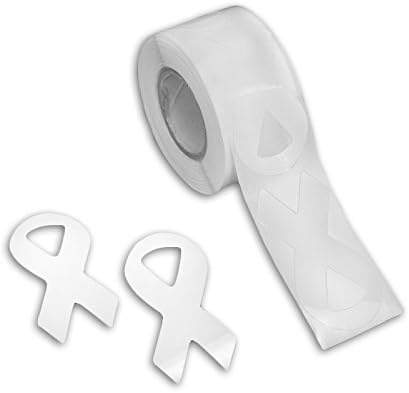 These white ribbon stickers are 3 inches tall and are great for putting on letters, envelopes, cards, gift bags and more. Each roll has 250 stickers.